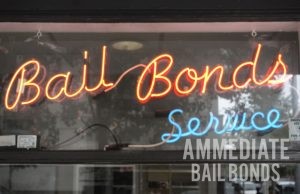 Many Common Crimes Can Create the Need for a Bail Bond.

An arrest can make you feel like the loneliest person in the world, cut off from loved ones and marooned in an uncomfortable environment. Ironically enough, arrests occur more frequently, and to a much broader swath of people, than typically assumed. If you’ve ever suffered arrest, it’s natural to wonder what landed the other inmates in custody. In all likelihood, it’s one of the following common crimes, which the FBI has identified as the most frequent in the U.S.

In an average year, there are around 15 million arrests in the United States. Drug charges account for more of these than any other crime, and land a disproportionate number of people into lengthy jail sentences. The second-most common crimes for arrest, property crimes, can refer to a number of different charges. Of these, theft was the most common.

It may surprise you to find that DUI doesn’t rank at the very top, considering law enforcement’s focus on the crime through ad campaigns and checkpoint stops. The high number of theft charges may also seem surprising, until you stop to consider that many people, even normally law-abiding citizens, have at some point taken something that didn’t belong to them. Thankfully, the most serious of crimes, murder and rape, happen the least frequently.

If you ever find yourself arrested, remember this number: (321) 631-2663. At Ammediate Bail Bonds, we’re your expert source for bail bonds for any common crime. Even a crime as minor as petit theft will require a theft charge bail to escape pre-trial detention. Most people do not realize that an arrest for any crime, even one as minor as disorderly conduct or vandalism, can lead to a lengthy stay in detention in the absence of bail. To make sure this doesn’t happen to you or a loved one, trust Ammediate Bail Bonds for jail release for common crimes.