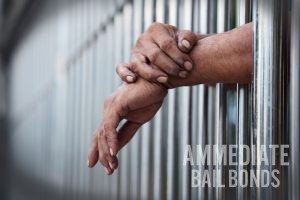 For Some Defendants, Pretrial Detention Will Continue Due to Denial of Bail.

Pretrial detention seemingly represents a contradiction of the notion of innocence until proven guilt. Nevertheless, it exists as a stark reality for those arrested of crimes. In order to place limits on pretrial detention, states offer avenues for freedom. The most common of these is bail bond release. Bail represents the amount of money that a court wants to hold in security against the defendant’s appearance at trial. In some cases, however, bail is denied entirely, and the defendant, whether guilty or not, remains in custody.

Reasons for Denial of Bail

If you or a loved one is ever held without bail, you will likely want to understand why. Every state has its own rules about when pretrial detention can continue. Florida, in particular, allows bail denial for an assortment of reasons. If you know someone who committed one of the following crimes, or who manifests the characteristics cited for bail denial, you will not see them released unless they win exoneration in a court of law.

You will also see denial of bail for those charged with DUI manslaughter. If the defendant charged with this crime is guilty of any of the following, they will remain in pretrial detention.

Despite some controversy over its legality, pretrial detention remains a very real part of the judicial system. If you are ever stuck in pretrial detention, you will find your stay less stressful if you follow certain jail tips. Of course, the vast majority of defendants are eligible for bond release. For release from pretrial detention after a judge has presided over your bail hearing, you can trust the premier bondsman in Cocoa, FL: Ammediate Bail Bonds.