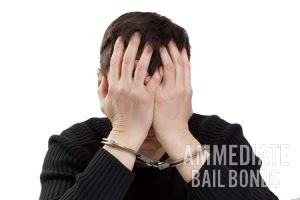 Ammediate Bail Bonds offers domestic violence bonds for those accused of a crime against a family member. Domestic violence represents a particularly thorny charge, as allegations can arise in any number of situations. Intense arguments and situations that involve alcohol provide the typical fodder for allegations of domestic violence. Also, these charges can frequently arise throughout divorce proceedings and child custody battles. Sometimes, self-defense becomes the motivating factor. Regardless of the reason for the charge, Ammediate Bail Bonds offers domestic violence bail in Cocoa and Palm Bay, FL. For more information, or to get someone released from jail, give us a call at (321) 631-2663. 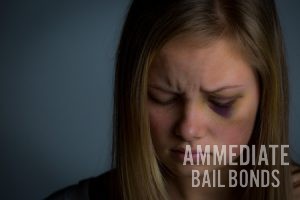 With domestic violence, avoidance of the accuser could become a condition of bail.

The state of Florida punishes domestic violence with a minimum of five days in the county jail. Of course, the time you spend in jail after your arrest would typically not count toward your sentence. Depending on the circumstances, a judge could order probation or community service as an alternative punishment. Subsequent convictions for domestic violence can result in harsher penalties, especially if the charges occur with a restraining order in effect.

If you’ve received a charge of domestic violence and get released on bond, keep in mind that certain restrictions may apply. The judge could forbid all interactions with the accuser, even if you live in the same home. As a condition of your bail, you would, therefore, need to maintain your distance from the other party.

You don’t need to sit in jail while you await your day in court. If you or someone you know needs to post bail for domestic violence charges, call Ammediate Bail Bonds at (321) 631-2663. As the trusted source for domestic violence bail in Cocoa and Palm Bay, FL, we maintain 24-hour availability to get our clients released.