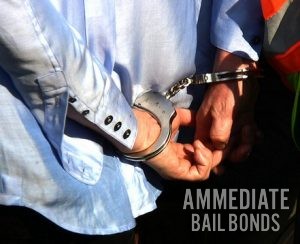 Felonies represent serious crimes. Even the least severe can result in five years of prison.

A felony charge can bring with it serious consequences. Rather than sit in jail until your court date, contact Ammediate Bail Bonds to arrange for release. We have over 25 years of experience posting bail for clients charged with felonies. If you or someone you know ever finds themselves in jail on felony charges in Cocoa and Palm Bay, FL, call (321) 631-2663 at any time day or night. 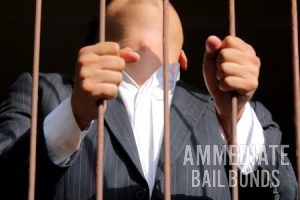 The most serious felonies carry the possibility of death or life imprisonment.

Felonies represent the most serious of crimes, and cover everything from murder to multiple DUI convictions. As with misdemeanors, felonies get charged on different levels based on the severity of the crime. The different degrees of felonies come with drastically elevated consequences. In fact, most crimes become raised to felonies if the circumstances prove serious enough. Grand theft, aggravated assault, drug possession, sex crimes, burglary, and homicide represent just a few crimes that can result in felonies.

Regardless of the specific crime, felonies will require a well-orchestrated defense in a court of law. At Ammediate Bail Bonds, we can arrange for your quick release after arrest. Once out of jail, you can better arrange for your court date. When accused of a felony, you should first and foremost become educated on the particulars of sentencing.

Second degree felonies come with a significant increase in punishment. The time in prison or probation gets elevated to 15 years, while the fine rises to $10,000.

First degree felonies double the possible amount of time in jail. Someone charged with a first degree felony faces no less than 30 years of jail and/or probation. The fine stays the same however, at $10,000.

A life felony raises the stakes even further. The accused faces no less than life in prison if sentenced to the maximum. Life felonies come with no chance for probation or parole, and have a $15,000 fine.

Capital felonies cover the most serious of all crimes. In Florida, someone accused of a capital felony faces the possibility of execution. Life in prison without parole also serves as a consequence for capital felonies.

Florida further differentiates between felony grades with the criminal punishment system ranking mechanism. Each felony gets graded on a scale of one to ten based on severity. The higher the score, the more likely the accused faces a maximum sentence.

No one wants to sit in jail on a felony charge. To speak with our team or begin the bail process, call (321) 631-2663 today. At Ammediate Bail Bonds, we’re here in your darkest hour. Trust our experienced team, and you can find yourself walking free even after a felony arrest.