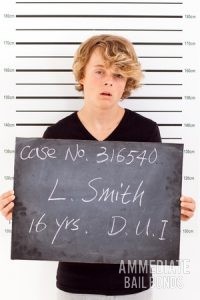 Juveniles can get detained for weeks before a trial. Call us today for a speedy release.

The legal process for juveniles can seem strange and opaque for those not familiar. Unlike the adult justice system, which exists to punish and deter, the juvenile jail system strives to rehabilitate, treat, and supervise. This key distinction used to explain the lack of bail for the juvenile justice system. Prior to 2013, only a child tried as an adult could bond out of a detention center.

Now, thanks to the decision in Treacy v. Lamberti, juveniles can bond out of detention just like adults. Ammediate Bail Bonds works for juveniles to ensure a speedy release prior to trial. If your child needs to get released from juvenile jail in Cocoa and Palm Bay, FL, give us a call today at (321) 631-2663.

In Florida, the Department of Children and Families maintains DCF detention facilities for juvenile offenders. The process for detention depends on an intake hearing conducted with a DCF intake counselor. This counselor will determine whether a child needs secure detention in a facility, non-secure detention in a residential facility, or home detention. If placed in a facility, a child cannot be detained more than 24 hours without a hearing before a judge. If a child remains in detention, his or her trial must begin with 21 days. Ammediate Bail Bonds can save children and families the stress of this detention through a juvenile bail bond.

Juveniles in the Adult System 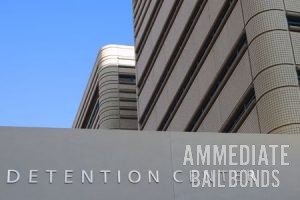 A juvenile can only get held at an adult facility for six hours after arrest.

After arrest, a child can only remain held in a county jail for six hours. Throughout this time, jail officials must keep the child separated from adult offenders via both sight and sound. At the end of this six-hour period, the child must get either released to the parents or DCF officials.

In certain cases, a child may get tried as an adult. This usually occurs because of the severe nature of a crime, but can also happen if the child requests an adult trial. Children due for trial as adults get the same bail privileges. At Ammediate Bail Bonds, we offer juvenile bonds for the following offenses:

No parent wants to see their child remain in custody. At Ammediate Bail Bonds, we’re here to help. If your child remains in detention in a juvenile jail in Cocoa and Palm Bay, FL give us a call today to begin the bail bond process. If your child has elected for trial as an adult, call us at (321) 631-2663 once bail gets set for a speedy release.