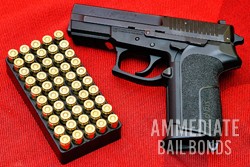 The unlawful possession of a firearm comes with heavy consequences in Florida.

At Ammediate Bail Bonds, we’re here to provide bail to anyone incarcerated on a weapons charge. Weapon charges come with serious consequences in Florida. As of 1999, the 10-20-Life law enacted minimum sentence requirements for possession of a firearm in the act of a crime. Even if the gun does not get used, the offender gets a mandatory 10-year sentence. Twenty years become the minimum if the gun gets fired, If someone gets injured or killed, the sentence becomes 25 to life.

With such seriousness attached to weapons crimes, offenders need a bail bondsman they can trust. Aside from the sentences imposed from the 10-20-Life law, unlawful possession and concealed carry can also land someone in jail. If you or someone you know needs a bail bond for possession of a firearm in Cocoa and Palm Bay, FL, contact Ammediate Bail Bonds today at (321) 631-2663.

Possession of a Firearm and Other Charges

In the state of Florida, certain individuals cannot possess firearms. If you fall into one of four categories, the simple possession of a gun can land you in jail.

Convicted Felons: In Florida, anyone convicted of a felony loses their right to possess a firearm.

Restraining Order: If you have a current restraining order for stalking or harassment, you cannot have a gun.

Fugitives: Obviously, anyone on the run from the law cannot possess a gun. The charge will get added to any other pending charges.

Domestic Violence: Finally, anyone convicted of misdemeanor domestic violence loses the right to own a gun.

Carrying a Concealed Weapon and Other Charges 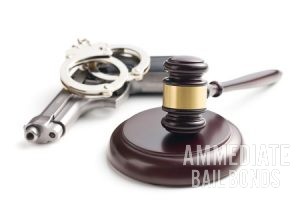 If someone you know needs a bail bond for a weapons charge, call Ammediate Bail Bonds today.

Florida allows people to carry concealed weapons so long as they have the Concealed Weapons Permit. Anyone caught with a concealed weapon who lacks this permit gets charged with a third-degree felony. Other types of concealed weapons, such as knives, resulting in a first-degree misdemeanor. Other weapons charges that carry the threat of jail include:

We Are the Bail Bond Leaders

If you or someone you know has gotten arrested for any of these charges, including possession of a firearm in Cocoa and Palm Bay, FL, call (321) 631-2663 today. At Ammediate Bail Bonds, we have 24 hour availability to post bail bonds.