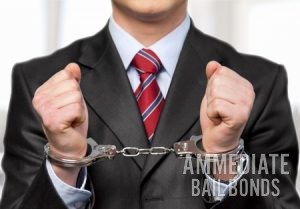 White collar crimes are nonviolent and committed for financial gain.

Ammediate Bail Bonds provides bail bond assistance for those charged with white collar crimes in Cocoa and Palm Bay, FL. These types of crimes get committed for financial gain and generally involve the use and abuse of money. Though considered nonviolent, white collar crimes injure others on a monetary level.

A wide variety of white collar crimes exist. The term itself originated in 1939, as a sociologist named Edwin Sutherland sought to differentiate between the criminal activities of the upper and lower classes. Today, the term has nothing to do with socioeconomic status. Instead, it refers to crimes such as embezzlement, fraud, and bribery.

A wide variety of this type of crime exists. Essentially, anything done for financial gain that doesn’t resort to physical violence will count.

Forgery: This crime stands as the willful misleading of someone through an altered or imitated document or object. Counterfeit money and consumer goods, along with forged documents such as fake checks, count as forgeries. 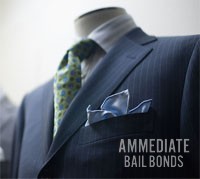 Bribery: Bribery results from a gift given in exchange for personal influence or a change in behavior. For example, offering a police officer $100 to forego a ticket would count as bribery.

Fraud: A broad term, fraud results from the intentional deception of another individual for personal gain. Fraud can also occur from misinformation utilized to damage another person’s reputation.

Identity Theft: This counts as the intentional presentation of oneself as another person for financial gain. The gain could come in the form of fraudulent credit cards or other monetary benefits derived from this person’s name.

Embezzlement: Embezzlement occurs when someone intentionally misappropriates funds or other assets. The embezzler generally has control over funds for safekeeping and instead takes them for personal use.

Money Laundering: This occurs when someone tries to hide money gained through criminal activity. To launder money, one misrepresents ill-gotten gains as profits from a legitimate source.

If you or someone you know has become jailed thanks to a white collar crime in Cocoa and Palm Bay, FL, call (321) 631-2663 for Ammediate Bail Bonds. We have 24/7 availability to have prisoners released fast.