Florida has a reputation as being the black sheep state of the union; wild and crazy news headlines are always coming out of this area. From alligators in a Wendy’s drive thru to attacking people with a bowl of spaghetti, here are some of Florida’s weirdest, funniest, and most well-known crime stories:

Teen Pretends To Be A Doctor 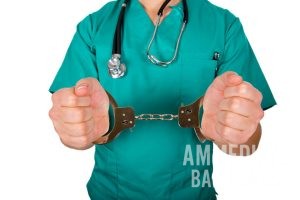 Alligator Thrown Through Wendy’s Drive Thru

In 2016, one of the greatest news headlines swept across America. “Assault with a deadly weapon: Florida man charged with throwing alligator into Wendy’s.”  24-year-old Joshua James went to order a drink at 1:30 a.m. James then threw the live 3 foot alligator through the drive thru window as a prank after picking up the creature from the side of the road earlier that evening. He is now banned from all Wendy’s.

The 53-year-old man was charged with battery after folding his ex-girlfriend’s mother in the couch.

A 40-year-old woman was so angry that her father wouldn’t give her some potato salad that she threatened him with a large kitchen knife.

When a Florida man didn’t have enough money for a 12 pack of convenience store beer, he thought that the store clerk would accept alligator as fair payment. The man went unprovoked to a local park and caught a 4 foot long alligator with his hands, tied it up, and brought it to the store. He did not get the beer in exchange.

If you have been arrested in the Brevard CountyCocoa, FL area and need bail bond assistance, call Ammediate Bail Bonds at (321) 631-2663 today.